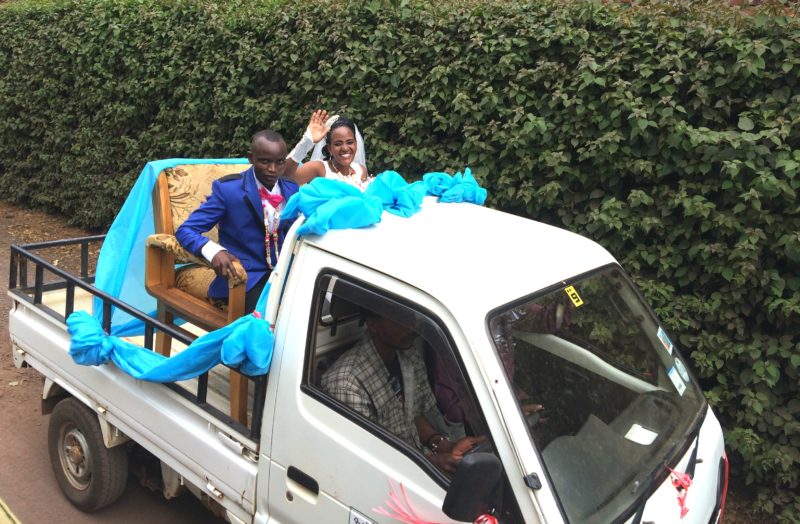 In a traditional western wedding, dozens or hundreds of pairs of eyes are focused on one woman, and one woman only. So imagine our fellows’ surprise when we arrived at a catholic church in Karatu recently to find no less than four brides and four grooms paired for betrothal. With a baptism thrown in to boot, it was set to be a round day of ceremonies.

The couple we were invited to celebrate were Christine, a local waitress who works at the restaurant near our house and office, and her husband, Emmanuel. Neither of us had previously attended a Tanzanian wedding.

And though the people involved are of the local Iraqw tribe, the ceremony was quite akin to a typical Catholic wedding at home.

The brides wore white dresses; the grooms wore suits. All walked up the aisle, said vows and exchanged rings. They bowed for prayers and walked back down the aisle, hand-in-hand as man and wife.

It was upon exiting the church to several, multiple-piece bands leading the couples and their families to safari-like vehicles that the local culture began to shine through. Alone with about 8 others, Kim and I crammed into a Land Rover. Top popped, we joined a long line of cars heading for pictures and then to a home for the reception. Standing up out of the top and riding through town, it felt like being the stars of a parade.

Traveling along the asphalt at speeds that definitely wouldn’t be considered safe by any standard, I had to close my eyes to guard against debris and turn my head to gather breath. It would be a lie, though, to say it wasn’t pretty fun. Once we turned onto dirt roads, the girls in our car spontaneously began singing in beautiful harmony as we slowly weaved past rolling, green hills and quiet homesteads.

Several hundred people turned out for the reception, where the couple was honored with speeches and dancing. The DJ kept things moving at beyond-deafening decibels, and the five of us wazungu (foreigners) in attendance were given seats of honor as welcome guests.

Marriage is considered a significant milestone for women here. It was an honor that our Tanzanian friends appreciate our presence and want us included in something so important. Instead of any level of exclusivity toward outsiders, local people embrace us wholeheartedly and always include us in these cultural experiences.

Typical Tanzanian cuisine—rice, ugali, meat, chicken and mixed vegetables—was served alongside soda. Even at a wedding, alcohol is not prevalent save the bit of champagne sipped by the bridal party and groomsmen.

We presented our gifts in the fun, playful way common here—guests line up and dance their gifts up to the new couple, teasingly swinging their food wares or vitenge (patterned cloths) toward them and then away again.

Tanzanians know how to have fun, and they like to celebrate whenever and whatever they can, despite the many hardships they often face. The wedding was fairly parallel to one at home, but it had a much simpler ease to it. The bride would not have spent a year planning, fretting and spending gobs of money. Instead, friends of the couple asked those attending to contribute a little toward food. Essentially everyone within walking distance or some relation to the couple showed up. We were formally invited, but it’s likely the majority of those in attendance didn’t receive invitations and didn’t need to—they already knew they were welcome. 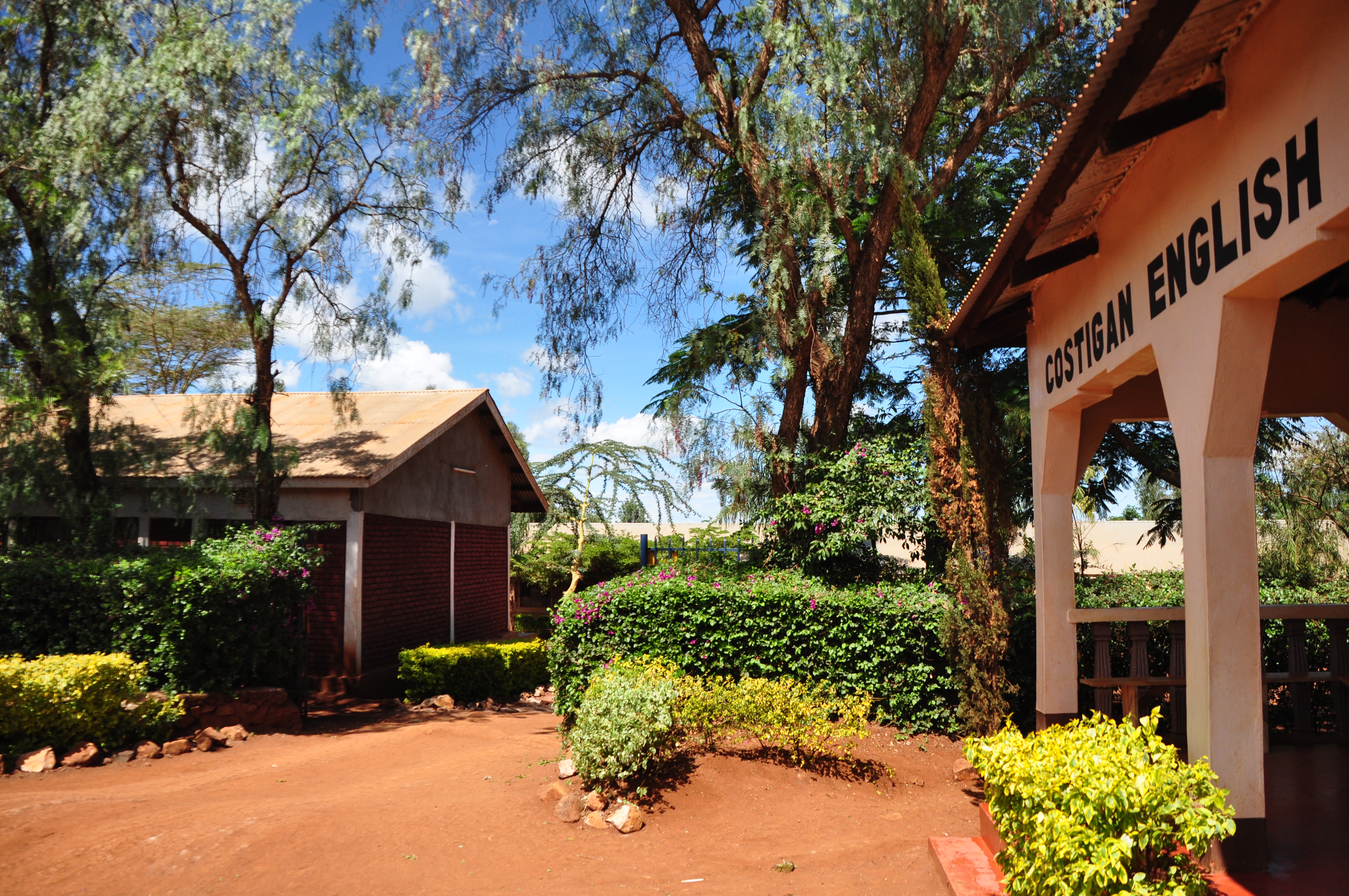 Giving Back Through Education 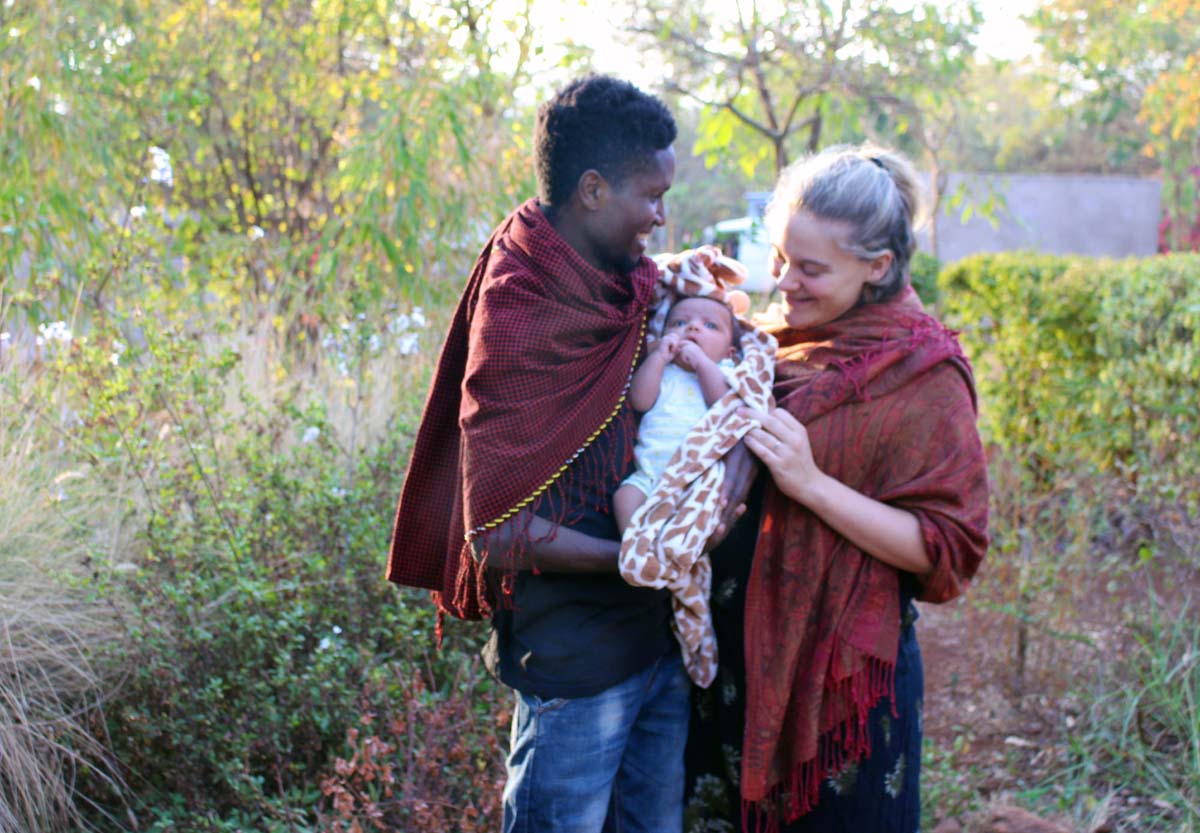